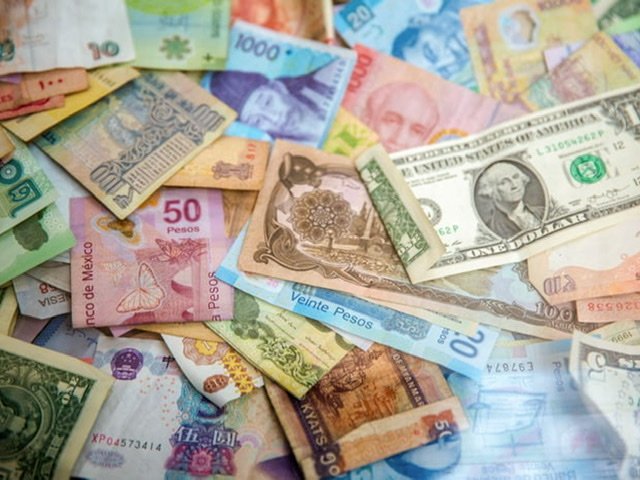 With our second year of full-time travel under our belts, it is time for a recap. This post details our Latin America travel costs from February through November of 2019.

When Steve and I first toyed with the idea of traveling the world full-time I was very grateful to Never Ending Voyage and A Little Adrift along with other bloggers who generously shared their travel costs on their blogs.  It is my hope that seeing how affordable and attainable full-time travel can be will inspire you.

Table of Contents show
Why We Picked Latin America
The Budget
So What Did 10 Months Cost?
Cost By Location
Notes On Budget Variances
Was It Worth It?

Why We Picked Latin America

After returning to Florida in December 2018 we assumed we would spend 2019 continuing to explore various cities in Europe. Then we watched the stock market take a nosedive during the month of December to finish the worst year in ten years.

Knowing that many parts of Europe and the U.K. can be expensive I checked out Price of Travel for an alternative. You can see their list of 137 cities ranked by how costly they are to visit.

The first half is dominated by cities in Asia, Eastern Europe, and Latin America. The bottom half contains cities primarily in Western Europe, the U.K., Australia, and the U.S. and Canada.

We decided that Latin America would be a fiscally responsible choice for 2019.

Since our travel philosophy is to go with the flow (hence the name Wind and Whim) we did not detail the locations or related costs. We knew we would start in San Juan, Costa Rica then visit Panama City. After that, it was anyone’s guess.

We have been scheduling our stops in four-week intervals for the most part. Our basic four-week budget breaks down like this:

In addition, we have annual costs like evacuation insurance, vaccinations, and international drivers licenses. You can see the total budget in the next table.

So What Did 10 Months Cost?

Here are the cities we visited with the actual and budgeted costs:

General Expenses are items that cover the year or aren’t related to a specific place. This includes things like:
Evacuation insurance from MedJet  $1,100
Vaccinations $600
Supplies $500
Virtual mailbox subscription $200

Here is a breakdown of our costs by category:

We not only spent less per day than in 2018, but we stayed in budget!

A few notes about this analysis:

The following items are not included:
* Stateside medical insurance
* Routine medications and visits to doctors
* Base cost of our AT&T cell phone plan
* Storage of our possessions in the U.S.

Our style of travel was higher than backpacker level and definitely under luxury level. I would classify it as three-star.

Our lodgings were clean and comfortable, often stylish, and almost always had a kitchen and a separate bedroom. Most of them had a clothes washer. Our meals were either cooked at home or eaten in mid-level restaurants.

* The flight back to the U.S. was inexpensive because we used points from our Chase credit card. The full cost was $600 including baggage costs.

We were over budget in:

San Juan, Costa Rica – because of two side trips We took two side trips to beaches while we were San Juan. One was to Puerto Viejo on the Caribbean Coast and the other to Jaco on the Pacific Coast. We enjoyed the change of pace at both of them. The total cost for 6 days was $1,600 or $267 per day.

Galapagos Islands, Ecuador – because of a side trip While visiting the islands we spent most of our time in Puerto Ayora on the island of Santa Cruz. In order to see more of the famed wildlife, we spent a few days in Puerto Baquerizo Moreno on San Cristobal Island.

The water taxi trip to Puerto Baquerizo Moreno was a bit of a nightmare. The captain was trying to avoid an approaching storm. In spite of his best efforts about half of the 40 people on the boat got seasick. Fortunately, the trip back to Santa Cruz Island was much smoother. Even so, the experience made us decide not to visit any more islands.

In spite of the rocky boat ride, we enjoyed our three days in Puerto Baquerizo Moreno which included two hikes to secluded beaches and a few cool experiences in town.

It is well known that visiting the Galápagos Islands is expensive so we budgeted extra for it. We spent four weeks there and feel that it was far too long. You can read about our experiences in “Is A Land-Based Galapagos Trip Right for You?”

Peru Tour – because of  a bus tour, a visit to Machu Picchu, and the flight from Cuenca to Lima

Our four weeks in Peru cost $6,100, $600 more than our four weeks in the Galapagos. The reason for this was that we started in Lima, spent 19 days visiting various towns in Peru, and went to Machu Picchu.

At $900, our flight from Cuenca to Lima was the most expensive we have had since we started traveling. From there we took a Peru Hop tour bus which went from Lima to Cusco, a distance of 685 miles or 1,100 km.

The Peru Hop tour lets you chose among several routes and spend as little or as much time as you want in each city. We spent 18 days in a total of 5 cities before heading to Machu Picchu.

The tour took us to several towns we would never have visited on our own including Paracas and Huacachina, an oasis town that introduced us to dune surfing.

Even though we ended up spending sixteen hours in a decrepit little town in Peru because of a protest I would recommend Peru Hop. You can read about our experience with the protest, which included using the worst restroom we have ever seen in “Stranded on the Road in Peru.”

The remaining time in Peru was spent in Lima and averaged $160 per day.

We were under budget in:

Panama City, Panama – because of a great deal on lodging  The cost was lower here because we got a great deal on an apartment in a new complex. We paid only $700 for four weeks in a one-bedroom apartment with a washer and dryer in a golf community.

The downside was that it was about 15 minutes from the city and we had to take a taxi everywhere even the grocery store.

Quito, Ecuador – because of illness Both Steve and I felt a little ill not long after we arrived in Quito. At first, we thought it was altitude sickness, but when it lingered for more than a week we determined it was intestinal. I love being under budget, but not for this reason.

Since we went to Cuenca from Ecuador the flight was inexpensive ($100). From what we saw, flights within a country were inexpensive, while flights between countries were not.

We found the town to be very walkable. Tours, taxis, and food were all inexpensive. Cuenca is a popular place for U.S. citizens to retire, partly because the cost of living is low.

Both lodging and food were considerably less expensive than you might expect in a city that is nicknamed the Paris of South America. There wasn’t anything in Buenos Aires that we considered expensive.

Our time in Buenos Aires we took a side trip to Iguazu Falls. At $400 per day, this was our most expensive side trip because it involved flying from Buenos Aires to Puerto Iguazu. Even so, it was well worth it.

Cordoba, Argentina – because of low food, transportation, and activity costs

The first reason our expenses were low in Cordoba was that we ate most of our dinners at home because almost all the restaurants closed from late afternoon until 8:00 or 9:00 pm. The second reason is that we went to Cordoba from Buenos Aires so the cost to fly was low. And the third reason was that our activity costs were low because quite frankly there wasn’t a lot to do in Cordoba.

While in Cordoba we took a five-day side trip to the small towns of La Cumbrecita and Villa General Belgrano. The daily cost was only $130 and included 3 days at a spa.

Was It Worth It?

Latin America was not at the top of our list before December 2018, and in the beginning, we didn’t love it. But we stuck with it and fell in love with several places including Buenos Aires and Medellin.

Machu Picchu was an experience of a lifetime and worth the effort and expense to get there. It is truly a magical place.

Even the places we didn’t love so much had many positives and I am glad to have experienced them.

We came home with many happy memories and a few scary ones. Best of all, we met so many friendly and inspiring people along the way.

You can see what we spent during our first 8 months of full-time travel in Europe in 2018 in “Wind and Whim’s 2018 Full-Time Travel Costs: Europe.”